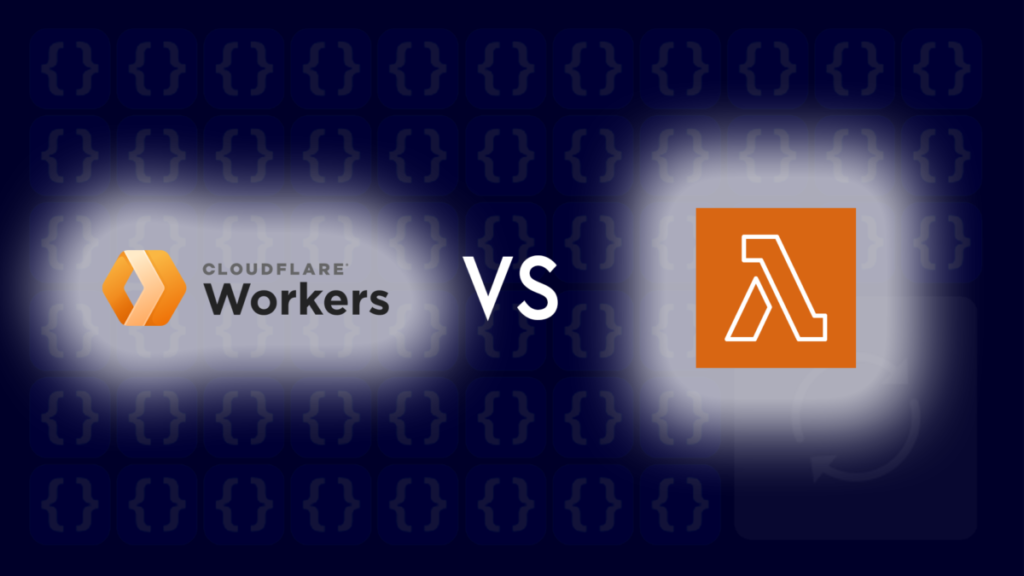 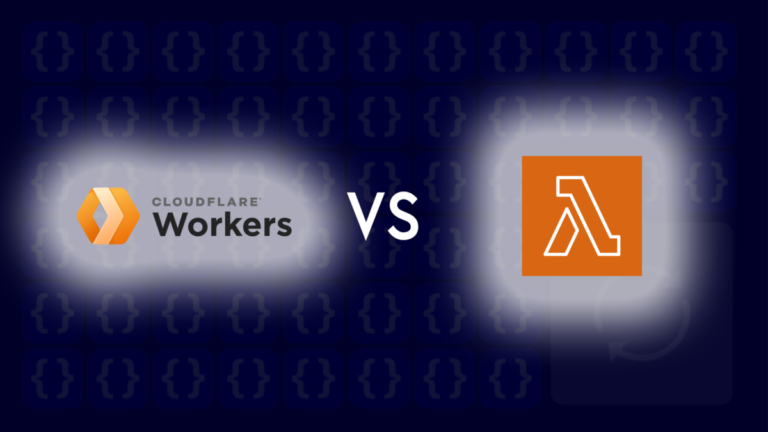 The infrastructure is handled by the vendor a developer pays for. Serverless computing has begun to gain a lot of steam, not only because it frees developers up to code more, it is also cost effective. You don't have to over buy a huge amount of server space that you may not need. You only pay for what you use as you use it.

With the popularity of being a digital nomad, not being tied to a physical server allows easier remote work. You can deploy code from anywhere in the world because you are no longer reliant on a single-origin server.

Two very popular names in the serverless computing world are Cloudflare and Lambda.  Let's take a look at how these two serverless options differ and compare them to one another.

What Are Cloudflare Workers?

One of the world's largest cloud network platforms, Cloudflare, has provided developers with their serverless offering called cloudflare workers. Cloudflare workers are event-driven JavaScript functions that run on Chrome version 8. They are hosted from data centers around the world -  200 so far. One of the benefits of Cloudflare workers is the enhanced speed and ability to consume less resources than other similar platforms. These workers can be used to create new applications or augment existing ones.

What is AWS Lambda?

Amazon Web Services provides the serverless infrastructure known as AWS Lambda. Unlike Cloudflare, AWS Lambda does not only rely on JavaScript. Lambda hosts event-driven application functions using a variety of languages. This serverless option is deployed in different regions around the world.

However, there is a more enhanced version of AWS Lambda known as Lambda@Edge. Lambda@Edge runs on Node.js. When an event is triggered using Edge, it will run in the AWS region closest to the event.

How Do These Two Serverless Options Differ?

Both serverless options can be integrated with other tools. Regardless of your location, you can use either service to run code for various applications. You don't have to worry about any administration, just upload your code.

Both services can provide high speed deployment of code. However, Cloudflare workers beat AWS workers in terms of both speed and price.

Cloud Fair workers can deploy code within 15 seconds to servers in over 200 locations.

Are you worried about meeting the demands of increased spikes in demand? Cloudflare already has that figured out. This option can easily scale up its infrastructure on demand.

As mentioned before, Cloudflare workers run on V8. Why is this important? This type of technology uses an element called “ isolates”. Isolates can run thousands of processes on a single server both securely and efficiently. It does not have to rely on containers or virtual machines. The use of isolates can reduce company overhead when it is required to execute code. As a result, less server memory is used and code deploys faster.

When objects in Amazon S3 buckets are modified, AWS Lambda automatically runs code in response. It uses custom logic to extend other AWS services. On the other hand, workers can use Cloudflare’s Global Cloud Network to build applications at a much faster rate. No origin server is needed to dynamically respond to requests.

Can We Integrate Other Programs?

Yes! Cloudflare workers can integrate with C++, Rust, Lerna, and Javascript. When you build your first application using cloudflare workers, you can choose a template and your code language of choice. Developers can also begin writing an API or creating a function very quickly. If you were still doubtful about the learning curve, there are tutorials and templates on the company site that can help you get started in no time.

The AWS Amazon site also provides extensive documentation if you need more insight about how to run code. AWS Lambda can integrate with Contentful, Amazon API Gateway, Liquibase, Buddy, and OpsGenie. It integrates with other AWS services to perform  actions such as running a function on a schedule, responding to incoming HTTP requests, consuming events from a queue, or invoking a response to resource life-cycle events.

What Companies Use These Serverless Options?

MeetKai is an online voice assistant powered by AI. This company is able to reach smarter loads by using Cloudflare workers that act as a proxy to downstream requests. If you have ever ordered food with Doordash, you may have inadvertently used Cloudflare workers. Doordash spent as much as 12 billion dollars on the use of cloudflare worker infrastructure to help deal with the increase in orders during the beginning of the pandemic.

Mathspace, GitBook, Postmates, and StreamElements are just some of the companies that use Cloudflare Workers.

Udemy, Nubank, CRED, and Delivery Hero SE are some of the other companies that use AWS Lambda.

Serverless infrastructures are being used by many companies around the world for various reasons. This seems to be the wave of the future. More and more companies, particularly large organizations, need to be able to scale their operations as quickly as possible. The last thing they need is a server that overloads and has a high latency issue. A serverless coding network can help companies expand faster than before and ensure  their content is easily available to users.. 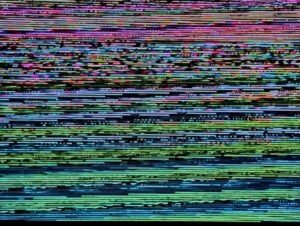 Cloudflare Error 1105: What It Is And How To Fix What Is Cloudfront.net? - All you need to know about this service What is __cf_chl_jschl_tk__ In My URL?
Subscribe
Login
0 Comments
Inline Feedbacks
View all comments 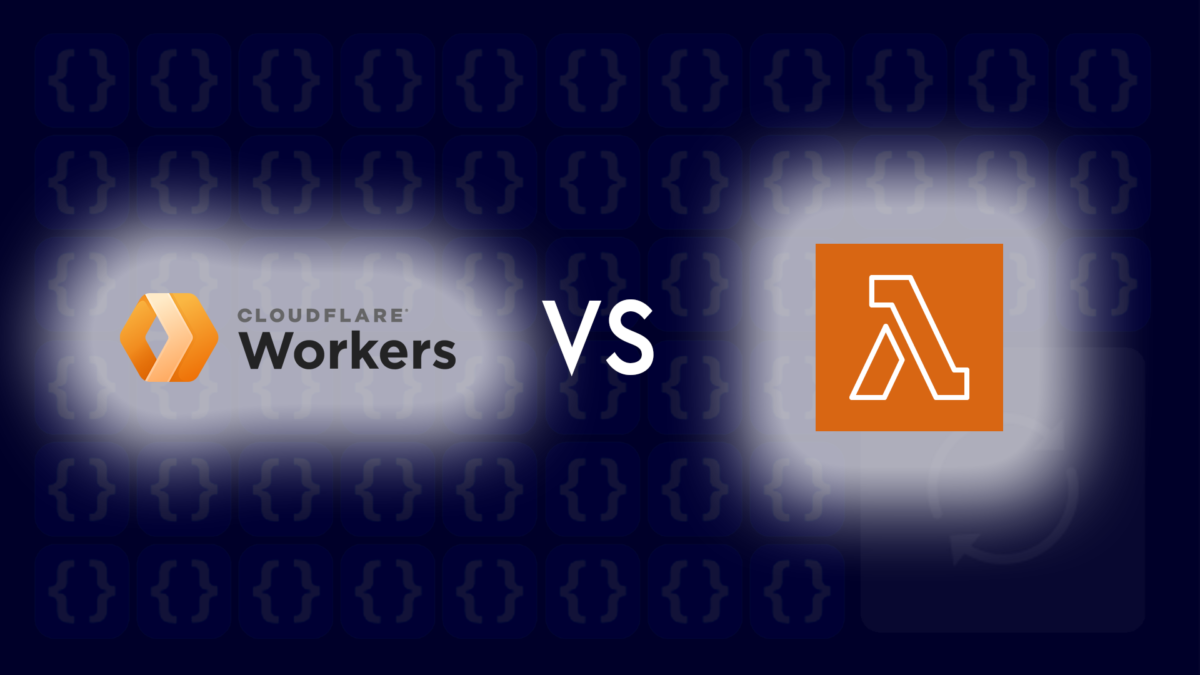