⚠ The Black Friday 2020 WordPress Deals List Is Live!
Check It Out!
EasyWP

Affiliate Disclosure: Some links on this website are affiliate links. We make commissions for purchases made through those links.

We only recommend items/tools that we've personally used and like.

EasyWP is the cheapest WordPress hosting offering out there. In this article, we wanted to test the service out to see if it stacks up against some higher priced counterparts. They claim big things on their landing page, such as being faster than Bluehost... let's take a look.

EasyWP allows you to subscribe to a monthly plan. That means that you aren't locked into a three year hosting plan, and when your website outgrows the resources that shared hosting has to offer, you can easily move up and out.

To get this out of the way, we don't recommend shared hosting (which is what EasyWP has to offer). At the same time, The monthly plan is so cheap that we just had to test it out. In this review, we will be taking a look at the platform, features that it offers, and how it stacks up against our favorite web host, Cloudways. Statistics incoming!

We recently published an article on the cheapest WordPress web hosting, and EasyWP was the only plan that came in under $2 from a reputable company.

To begin our EasyWP review, let's take a look at pricing. There are three pricing tiers, and we're going to be testing the cheapest one out.

The EasyWP starter plan comes in at $3.88 per month, if you're billing monthly (though you can get one month bit for 1 cent). the second tier comes in at $7.88, and the third tier comes in at $11.88. As you can see, the cheapest plan is extremely limited, with only 10 gigabytes of solid-state drive storage, no information on the ram and CPU, and only 50,000 visitors per month. That's probably why they're able to offer this at such a low rate.

If you pre pay for one year, the plan comes out to be $1.90 per month, or $22.00 per year. That's the same cost as one month of hosting with WP engine . Obviously, the two services are not comparable, but we're going to see just how it stacks up against a premium host like Cloudways.

We're also going to be comparing it with a company that's more on its playing field – Bluehost.

Also, it definitely looks like they're trying to get you to go for the yearly plan, as there are massive discounts to the other two tiers if you prepaid for 12 months.

EasyWP Is offered by Namecheap, which is where we purchase and manage all of our domain names. The overall company is great, support is decent, and they are known for offering the lowest prices in the industry. Let's see if they carry this mentality over into their EasyWP offering, which is a fairly new addition to the product lineup.

Off the bat, it's priced very low, meaning that the performance probably won't be great. At the same time, we are aggressively opposed to this service (like other shared hosting companies such as Bluehost and GoDaddy) because they don't lock you into a three year plan. You can pay monthly, and once it's time for you to upgrade to a better host, you can easily do that without losing a ton of money.

Because EasyWP is a part of Namecheap, they use their single sign-on capability. Once logged in, it becomes apparent that the dashboard is well designed and easy to use. It's very simple, but it offers the necessary interfaces you need to interact with the hosting aspect of your WordPress website.

If you're starting from scratch, creating a new website is very easy to do. There's a quick wizard that you can Used to easily create a new WordPress installation in a matter of minutes.

Once you've created your website, you can manage three major aspects of it. The first aspect that you can manage is an overview of all of the hosting. It will say what version of WordPress you're using, how much storage you have available and how much you are using, when your plan renews, and more. It will also detail the website information, such as the domain an SSL certificate. This plan doesn't come with an automatically installed SSL certificate, but you could use a let's encrypt service to easily generate the SSL certificate and install it on EasyWP.

You can also create backups of your website regularly . All you need to do is name the backup and then create it. You can view the previous backups easily, and restore from them.

The final thing you can manage is the files and database Tab. You can only access your files via SFTP, meaning you don't get any C panel. That's one of the ways they are able to charge so little for the service. You can access PHP my admin online.

To access either one of these services, you generate temporary access files which are only valid for a specific amount of time. This is great for security, and something that would be a good integration into some more high powered hosts.

The EasyWP hosting backend is well designed and easy to use. It's pretty bare bones, but you're getting what you're paying for. you can manage all aspects of the website from the domain, to SSL certificate, to CDN integration, to backups, to accessing files and database entries.

Now it's time to do some performance comparisons. We're actually hosting one of our agency websites with EasyWP to test out their service. We're going to take that website, duplicated, and create a identical installation on cloud ways to compare the performance of both of the websites. The only thing that is different between the two installations is the hosting that they're on, so it should be pretty easy to understand the impact and differences between the two hosts.

We're going to create a new server to run the Cloudways installation on, which gives us 25 gigabytes of SSD storage, 1 gigabyte of dedicated ram, and one V CPU.

This is probably the most important part of our EasyWP hosting comparison because it will give us a good idea of the performance that we're working with. Keep in mind, this website is fairly lightweight and doesn't use many plugins meaning that it will probably load quicker than An average WordPress website.

This is the scorecard of the version of the website being posted on EasyWP. As you can see, the statistics are pretty terrible, which was what we expected from a host offering such a low price.

The number of HTTP requests is 71, which could definitely be improved upon. However, this test isn't for the website, it's for the host. As long as we have a similar total page size and request count for the page that loads from the Cloudways server, we will have comparable data.

Of course, running the GT metrics test isn't the defining factor of the hosting, nor is it a concrete benchmark . However, it does show that you are truly getting what you're paying for. The page loads extremely slowly, though it could be improved by a some optimization, as there's no caching, minification, or any other speed optimization technique in use on that page.

One thing to mention is that EasyWP comes with a free CDN (Though it's limited), and Cloudways had no CDN setup on its installation. What this means is that the EasyWP posting had the benefit of a CDN and still failed to compete with a more premium solution like Cloudways.

To summarize our review, EasyWP offers extremely cheap WordPress website hosting, with a well designed platform. However, this platform doesn't have as many advanced features as some other ones do because they're not paying for cPanel.

Performance wise, EasyWP isn't very good. You're definitely getting what you're paying for, which is what we proved when testing the identical website between EasyWP and Cloudways hosting.

Should you try EasyWP out?

We would recommend using a more premium web hosting solution. However, EasyWP can be purchased on a monthly billing plan, meaning that there's no major upfront payment like most shared hosting offerings. This allows you to try it out for a month and see if it works for you. Who knows, your website might not require as much processing power and load quickly using EasyWP. On the other hand, if you outgrow the plan, you can simply migrate to a better host after your first month.

At Isotropic, We really don't like shared hosting. It doesn't offer the same power that cloud based hosting offers, and typically comes in at the same price point.

Easy WP offers and extremely cheap service, but one that isn't high performing. However, they do build monthly, meaning that you're not locked into a plan. If you're dead set on purchasing the cheapest hosting available for a WordPress website, easy WP is probably your best bet, and one that you're not stuck with for the next several years.

If you have any questions about cloud ways, easy WP, or our methodology, feel free to reach out in the comments section below.

Thank you for subscribing.

We respect your privacy and take protecting it seriously 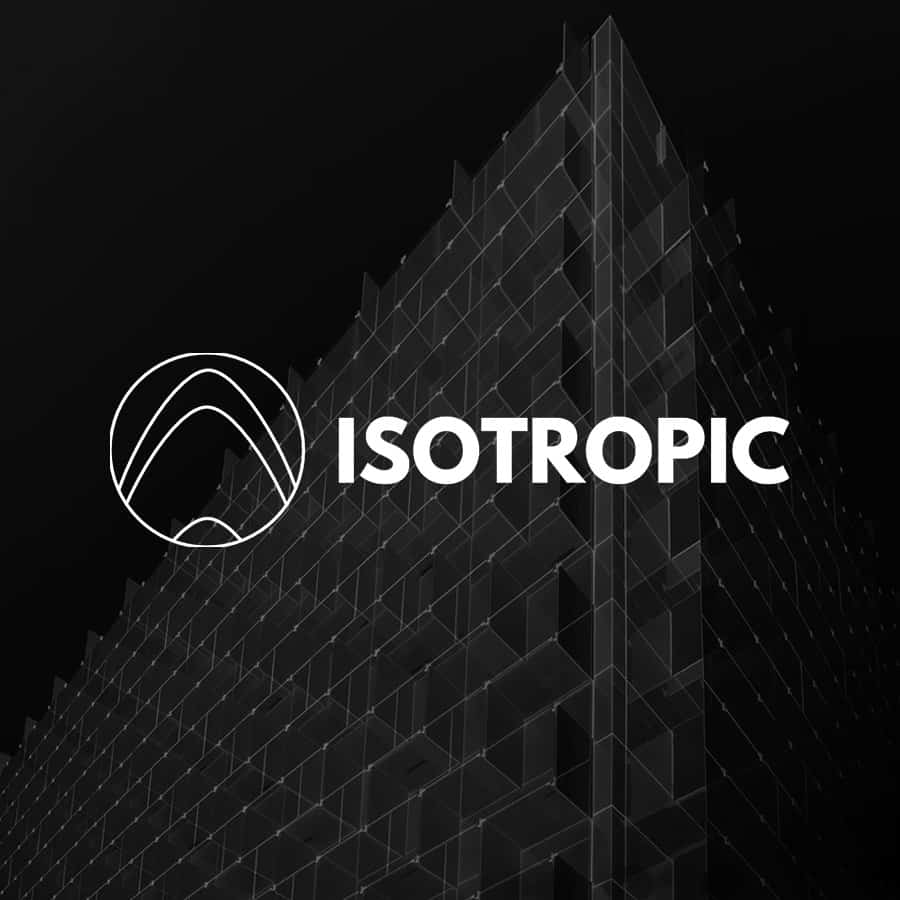 James LePage
James LePage is the founder of Isotropic Design, a digital agency that builds WordPress websites. I read, write and design constantly!

We built a massive, filterable list of Black Friday plugin and software deals. Sort by product type (ie. form plugins), discount value, and more. Designed to help you compare deals in one place and save some money.
Take Me To The List!