Major Speed Improvements When Migrating From Cloudways To Rocket.net

Major Speed Improvements When Migrating From Cloudways To Rocket.net

As some of you may know we migrated to Rocket.net hosting in the beginning of January 2021. There were a couple of reasons why we made this move, but the primary one was speed and performance. Previously, we were on a digital ocean dedicated server, managed through Cloudways, and completely optimized. When comparing our website loading speed to other similar sites, it was good, but couldn't be much better.

After moving, individual speed statistics jumped, but now that January is over we have some data to work with to show you the true performance impact that moving to Rocket.net had. To give you a good understanding of the performance increase, we averaged out the average response time in milliseconds for all googlebot crawl requests in December, and compared that to January. We made the move to Rocket.net hosting on January 1st.

This offers a good statistical depiction of the speed benefits that moving to Rocket.net had, because we're using Dozens of data points gathered every day. For example, on the 30th our website was hit by the googlebot 10 individual times. That gives us 10 data points to work with in terms of the average response time that the bot had when requesting our website.

The Cloudways speed in no terms is bad. An average response time of .6 seconds is decent. But, we almost cut that in half when moving to Rocket net, which comes in at the same monthly cost, and offers us much better quality support.

Note, the "average response time" is the time it takes to complete a HTTP request. It has nothing to do with the rendering of the page.

This makes it useful when comparing the underlying hosting, regardless of the site.

If you want more stats, read our full review on Rocket.

One thing to note is that there were two outliers on a period of two days that were excluded from the average.

This was done by using Excel's outlier function , which automatically identified these two numbers as ones that should be excluded from our data set.

But aside from that, which is also reflected in the graph, you can see a noticeable decrease in the average response time, which dropped off on January 1st, the same day that we migrated to Rocket.net.

For more reading, you can check out our complete review of Rocket.net here:

We also have a few offers for you as we are proudly partnered with Rocket: 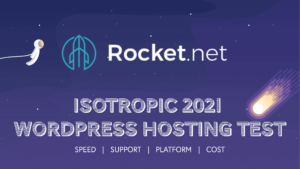 Rocket.net Hosting Review: By An Agency That Uses It 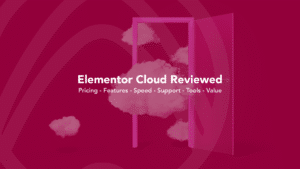