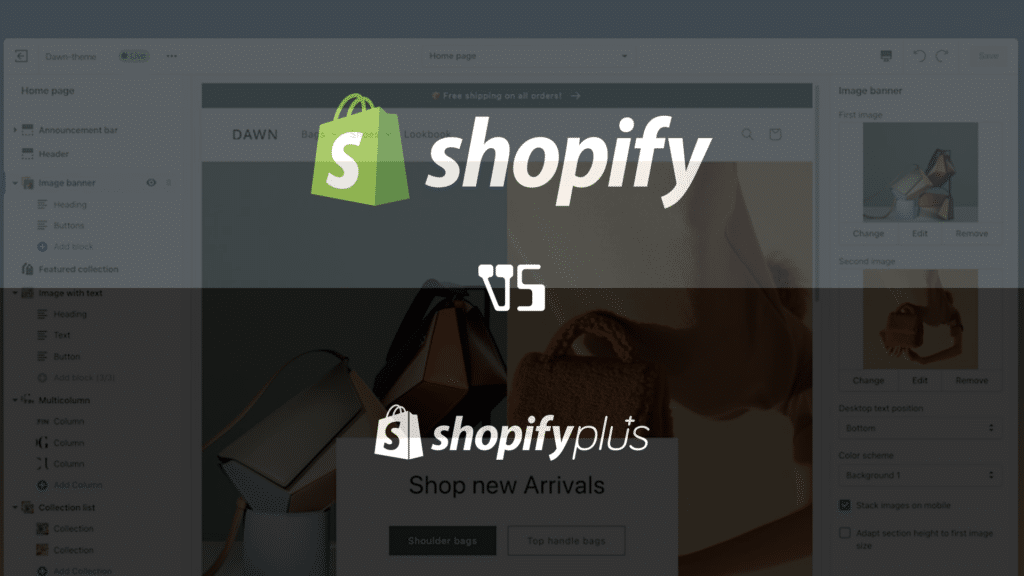 Shopify Vs. Shopify Plus: All features compared in 2022 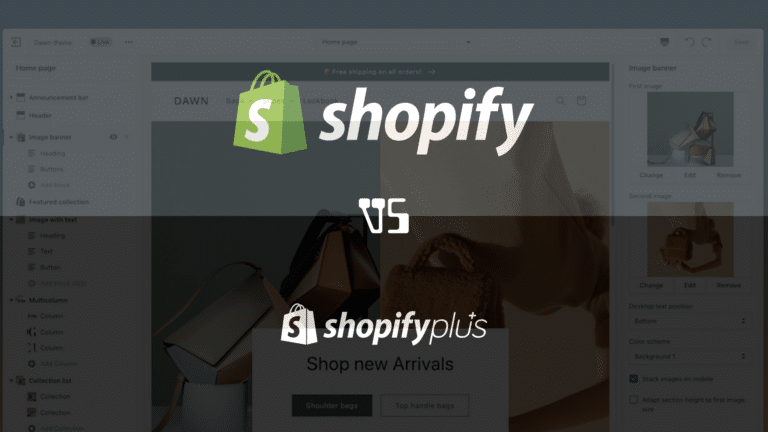 Shopify Vs. Shopify Plus: All features compared in 2022

Building an online presence is not complete without a thriving eCommerce store. ECommerce is one of the largest markets, generating billions of dollars annually as brands transition from traditional retail outlets into the online world. If you are thinking of launching your own eCommerce store and you want to use Shopify, knowing the difference between both a default Shopify account and Shopify Plus can come in handy.

Shopify is one of the largest eCommerce storefront hosts online today, holding nearly a quarter of the market share throughout the eCommerce platform industry. Shopify is only second to WooCommerce (see comparison here), which is an add-on to the official WordPress CMS, or Content Management System.

Shopify provides users with the ability to design, build, launch, and manage their very own online stores without programming or coding knowledge. Using Shopify is as easy as selecting a premade template for your storefront, uploading photos of your product, and setting prices. With the use of Shopify, selling online goods and attracting a digital following has never been easier for the retailer with little to no experience with selling online.

What is Shopify Plus?

Shopify Plus is a version of Shopify that offers premium features for an upcharge compared to traditional Shopify plans. Shopify Plus is designed with enterprise-level clients in mind. Additional features, API features, and integrations for large-scale organizations are all available with Shopify Plus.

Before getting started with either Shopify or Shopify Plus, it is highly advisable to review the features that come with both packages and plans. Comparing the features of both Shopify and Shopify Plus can provide you with valuable insight into each solution to help with making the decision that is right for your online store venture.

Shopify is a great option for those who are interested in creating an eCommerce store that offers premade templates and redesigned layouts. If you are not a designer, using one of Shopify's store templates can be done by simply accessing the official Shopify library once your account has been activated.

The same theme options are also available for those who are Shopify Plus users. With any Shopify account, users immediately gain access to more than 10 themes that can be applied. These themes range from personal shops to beauty parlors and megastores. Shopify and Shopify Plus also provide users with access to premium themes that range from $140 to more than $180 in price.

For those who are also seeking complete customization of themes and the look of their Shopify storefront, Shopify Plus users also have access to Liquid. Liquid is an array of editing tools that can help create a truly individualized and unique eCommerce store template for your online sho

If you are interested in integrating your current online presence and your company is international or at an enterprise level, Shopify Plus does offer a dedicated and fully customizable launch manager. Using a dedicated launch manager can be optimal for those in need of a website transfer or integration that is done directly by Shopify.

The use of Shopify Plus, however, does provide additional customization options that are not available with a standard and basic Shopify account. Using a Shopify Plus account provides API access that allows for multiple site integrations as well as the ability to integrate your Shopify account with additional third-party websites or existing online communities. With Shopify Plus, users can also manage member/staff accounts outside of the standard platform of Shopify, expanding accessibility.

Using traditional Shopify plans does provide users with API access. However, it is important to keep in mind that users who have lower packages from Shopify will have an API access call limit.

If you are an enterprise client in need of an API limit that is increased, Shopify Plus is likely to be ideal for you. Using Shopify Plus for API integration also provides access to additional features including:

If you are planning to use your Shopify account with standard API integration and you do not require an increased access call limit, a standard Shopify package will suffice.

All Shopify users, regardless of package type, receive access to Shopify support via email, live chat, and phone. For standard Shopify users, it is also possible to hire Shopify Experts for additional assistance, such as theme installation or launching a promotional campaign.

With Shopify Plus, on the other hand, you are provided with a dedicated support system that is designed with your store's needs and target demographics in mind. Shopify Plus users will have access to Shopify's own Launch Engineer, a special feature exclusively available to Shopify Plus users.

If you want a custom checkout or if you want to implement custom options or scripts in your checkout process online, you can do so with Shopify Plus. Currently, a standard Shopify account does not offer checkout control or the ability to implement scripts or add-on features to the process.

If you choose to use a Shopify Plus plan, you will have the ability to edit the layout of your checkout process, various content objects used throughout the checkout process itself, as well as specific checkout requirements. With a Shopify Plus plan, it is also possible to implement various page events, such as a page loading or a page change event, which can help with ongoing campaigns or the tracking of current promotions.

For those who are seeking multi-channel integration, both Shopify and Shopify Plus packages deliver. Selling your Shopify products on different websites and various marketplaces can drastically increase your chance of generating sales and, ultimately, revenue. You can also integrate both Shopify and Shopify Plus storefronts into various websites and locations around the web, helping to create a seamless experience for all of your customers.

It is also possible to enjoy multi-currency selling if you choose to implement the payment process from Shopify directly. You can use multi-currency features to appeal to a broader audience on an international scale. This feature is built into Shopify and is available for standard and Plus Shopify accounts.

If you want to keep better track of the abandoned carts on your site, you can do so with either a standard or Plus account on Shopify. All Shopify accounts have the ability to track abandoned carts to follow up with future email campaigns and direct contact.

Shopify is a leading eCommerce service platform that also offers top-tier customer support and service to all users. Whether you are using a standard Shopify account or if you have registered for Shopify Plus, you will always have access to the following customer support services:

However, if you are looking for something a bit more, you may want to consider upgrading your current Shopify plan to Shopify Plus. As you might have guessed, users who have a Shopify Plus account will have access to all of the current support services available in addition to the following:

Although some of the exclusive Shopify Plus features for eCommerce are unnecessary for individuals and smaller businesses, they can be crucial to maintaining the overall infrastructure of a massive organization or international corporation. Determine whether or not your company will need Shopify Plus in order to maintain its operation or to scale.

However, if you are seeking even more insight into the analytics of your eCommerce storefront, Shopify Plus does offer additional features. Some of the analytics and data-capturing features that are only available to Shopify Plus users include:

Cost of Shopify and Shopify Plus

For Shopify (standard), the cost is $79.99 per month. This plan is best for selling online (as well as in-store) and for growing businesses. With this plan, the following features are included:

For Shopify Plus, the starting cost of the Advanced plan begins at $299 monthly and includes the following features:

Pros and Cons of Shopify

Pros and Cons of Shopify Plus

Shopify Plus is optimal for large corporations and organizations, and is considered ideal for enterprise clients. Some of the advantages of using Shopify Plus include:

Who Should Use Shopify?

For those who are building a business and looking to expand it online, Shopify (standard) is likely your best option. If you are new to eCommerce and just getting started, Shopify Basic may also be a suitable choice.

Who is Shopify Plus Best For?

Shopify Plus is designed with enterprise clients in mind. This may include celebrities, large brands such as Apple, or even major international corporations who are interested in expanding even more. Shopify Plus is optimal for stores that are operating at a much higher volume than small or boutique-sized entities.

Whether you're expanding your existing eCommerce store or building an online storefront for the first time, knowing the differences between Shopify and Shopify Plus can go a long way. When you're familiar with what each version of Shopify has to offer, you can choose a solution that is suitable for your budget as well as the type of functionality you require for your eCommerce shop with ease. WooCommerce Vs Shopify: What Ecommerce Platform Is Best For You In 2022? Shopify Vs Wix Compared in 2022 - Which is The Better Ecommerce Platform? 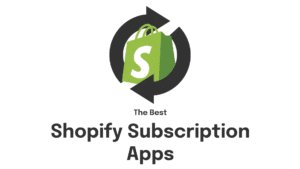 The Best Shopify Subscription Apps In 2022 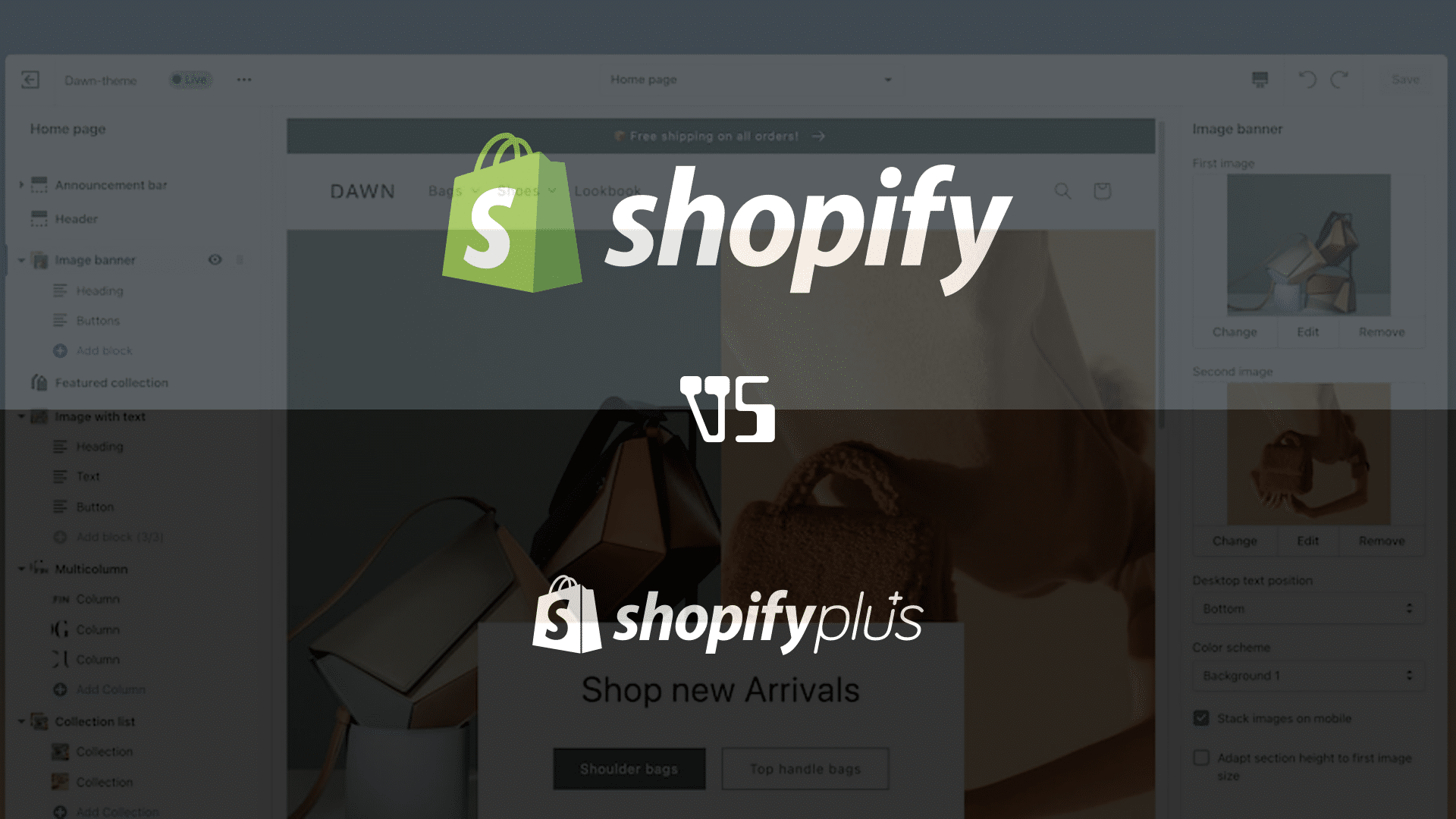