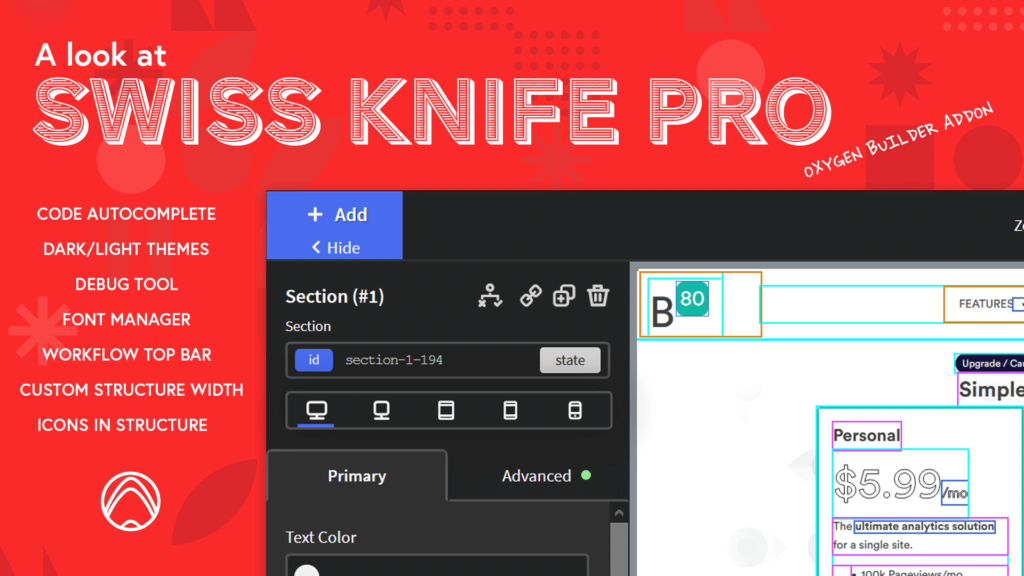 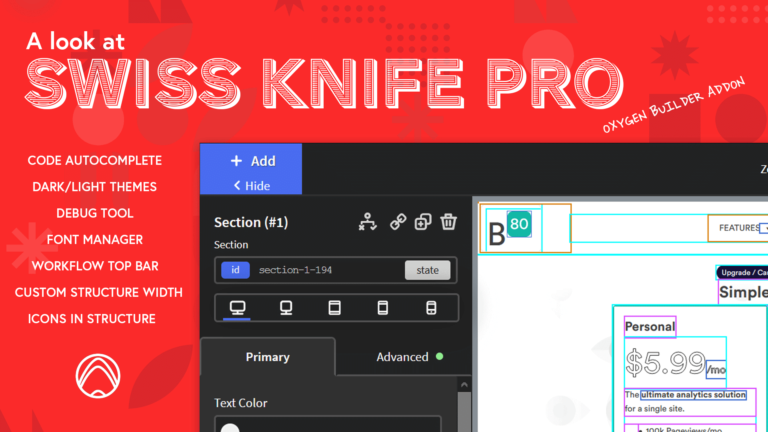 In this article, we're going to be reviewing an Oxygen Builder add-on that I use personally in all of my development projects. It's called Swiss Knife Pro and is essentially created to enhance your workflow. We're going to take a look the features, pricing and backend functionality, from somebody who uses this everyday. Let's get right into it.

I picked up Swiss Knife Pro on the day it was announced and couldn't be happier with this purchase. It’s a serious workflow booster plugin, that saves me time when creating client projects. Because of that, it's paid its purchase price back in dividends. Let's take a look at the features, current price, and then jump into the back end management. First, if you're interested, here is a video review of Swiss Knife Pro that offers a nice visual companion to this written review.

Like this video? We do a bunch of Oxygen tutorials and reviews. Please consider subscribing.

The main feature that this plug-in has is the custom themes that it can apply to the Oxygen Builder. Once you install it, you can reskin the builder with a dark or light theme. These themes make the buttons bigger, increase the contrast between UI elements, and make it easier to click on things. They also look pretty cool.

With the theme, you can also restyle the Oxygen Builder top bar to provide easier access to the front end view, admin view, and other buttons.

Emmet also comes with this. If you're not familiar with emmet, it essentially allows you to easily throw down boilerplate html elements, like so:

I didn't think I'd be using this, but it actually comes in handy, primarily when making icon lists with custom bullets.

The question that I've seen a few times in the Oxygen Builder group is if there is compatibility with Hydrogen Pack, and if this plug-in can replace that solution. Swiss Knife Pro works seamlessly with Hydrogen Pack, and the features complement (not compete with) that solution. I use Swiss Knife Pro and Hydrogen Pack together, and in my opinion, that is the best workflow setup for Oxygen Builder if you're looking for third party additions.

Really the only feature overlap here is the custom icons for the structure panel, which I think Hydrogen Pack wins out on (though that's really a matter of preference).

The nature of this plugin is pretty unique in that the developer behind it essentially adds features that are missing from existing solutions and the native builder. There's no defining theme here other than workflow addition. So, if it will make you build an Oxygen site quicker, it'll probably end up in this plugin if another company isn't doing it already. We've already seen that with the addition of code autocomplete and the font manager.

I've been using Swiss Knife Pro for about a month now, and have found that it makes a serious impact on my workflow. With it, I'm able to click through the Oxygen editor quicker, use the debug feature to figure out what elements are overflowing, and easily augment my code writing with the nifty autocomplete feature.

I've just begun adopting the fonts manager in my production websites and have found that it is easy to use and a lot better than elegant custom fonts. Because of the nature of the plug in and the price (coming in at $25) for a lifetime purchase, I definitely recommend this to anybody using the Oxygen Builder. 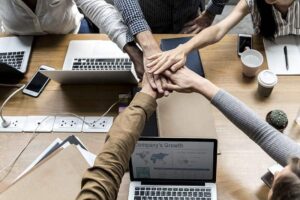 Oxygen Builder for Teams and Agencies: How We Collaborate Divi Builder VS Oxygen Builder - Who Wins In 2022? 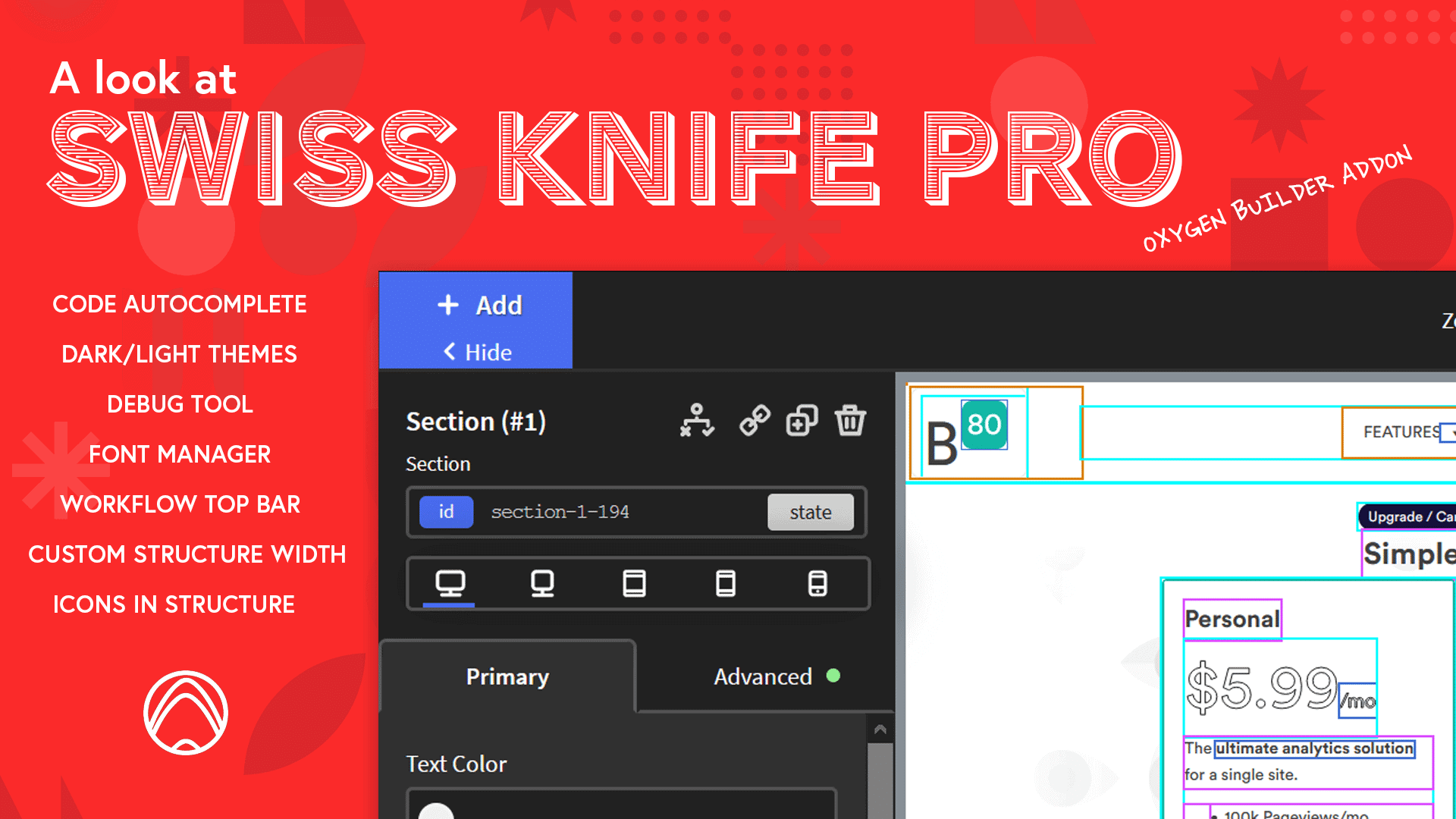