If you’re on the hunt for the best Oxygen Builder SEO Plugin, this article is for you. As Digital agency, we constantly are on the search for the best SEO plugin solution for our favorite page builder. This article serves as a quick summary of all of our research, and a description of the tools we’re currently using.

Unlike most other page builders out there, oxygen uses a different mechanism to display content, meaning that many as your plug-ins simply won't be able to read the content created by the builder. What that means is that you won't have access to the scoring mechanisms or any suggestions offered by these plug-ins, as they simply can't read the content. Because of that, you need to search for SEO plug-ins that specifically support the Oxygen Builder, or those that have third-party tools that allow them to read the content created by Oxygen.

Hopefully, this article shows up on your Google Search and saves you some time.

Oxygen is growing in popularity, meaning that a number of SEO tools now support it natively.

One of the oldest plugins of the bunch, Yoast is officially supported by the Oxygen Builder developers.

I’ve heard that there may be issues with the readability score. If that’s still the case, just install this helper plugin (third party) to fix it.

Yoast and Yoast PRO have fallen out of our agency's favor in the past few years, with better options surfacing. Read more into that in a later section of this article.

SEOPress officially supports Oxygen Builder, and has the most features out of all of the tools on this list. Specifically, they recently added the ability to automatically add images in the Oxygen builder to the XML image sitemap, something that no other plugin is currently doing.

The developer has also stated that you can expect many more features in the future, specifically for Oxygen.

Slim SEO is on our Lean Plugins list because it’s lightweight and does it’s job extremely well. It doesn’t have as many features as to two plugins mentioned above, but it’s free and awesome. It’s also made by the same developer behind the awesome MetaBox.io tool.

It officially supports Oxygen, as clarified in this support conversion. That means that it will read and parse any content in an Oxygen-built page, and generate a meta description from it.

SEO Plugins That “Work” With Oxygen

There are some plugins that work with Oxygen by using third party solutions or code snippets that hack together a working end-product.

Rankmath works well with Oxygen and will read all content if you install a plugin called “WPDevDesign – Oxygen – Rank Math Integration”. There are no settings for the plugin, just install it, and it will allow Rankmath to “read” Oxygen Builder content.

Even the Rankmath team pushes their Oxygen users to install this 3rd party plugin if looking to integrate with the page builder.

Smartcrawl also needs a helper code snippet to work, but should be 100% functional after implementing the fix. I’ve seen it mentioned in the Oxygen Facebook group, so several people seem to like it over other options.

Here’s the official fix, it’s a code snippet. Use Advanced Scripts to easily add it, or make a MUPlugin.

Most Other SEO Plugins

Most other SEO oriented plugins work to a varying degree, but may be unable to parse content that is created with the Oxygen Builder.

The SEO Plugin That We Use With Oxygen Builder

We use SEOPress PRO, which is the most valuable plugin that works perfectly with Oxygen Builder. For $39/yr, you can install it on unlimited sites, white label it, and do a tone of other things.

We love the fact that you can get Google Analytics stats directly in your WordPress dashboard, and as an agency this solution is great for our clients. There’s also a redirect engine, broken link checker, and 404 checker. It’s easy for our clients to use when setting meta descriptions and OG images as well.

A Quick Note About SEO Plugins

SEO Plugins do not magically make your website rank high on Google. They’re good for creating schema and mandating meta descriptions, but anything on top of that is just extra. For example, any content score is meaningless - it’s just generated by the plugin by looking at a set collection of conditions.

If you really want to rank, site speed, natural links, site age, well written content and proper heading are the best way to do this.

You shouldn’t not use Oxygen Builder because a SEO plugin doesn’t work perfectly with it. The speed that comes with Oxygen far outweighs any perceived SEO negatives. 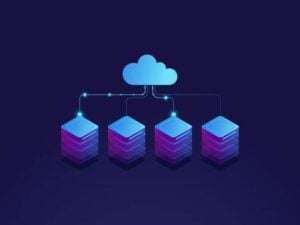 What’s The Best WordPress Host For An Oxygen Builder Site? Is there an update to Rank Math? I thought I read somewhere that they are officially integrating with Oxygen, but I can't seem to remember where. If that's the case, would you still choose SEO Press or would you go with Rank Math? Maybe an update to this article might be needed (since it does come up in Google Search and is why I am here)!

Update: I just found it. Looks like Oxygen is officially implementing native integration with Rank Math in version 3.8. Any insight?

Also, I'm curious about how The SEO Framework stacks up with Oxygen. I have used that on other sites and liked it because it wasn't so in your face, always asking to upgrade and such. I saw some people have had success with it in the Oxygen Facebook group, but I was wondering if you had put it to the official test?